PH20 is a dynamic measuring head and probe system from Renishaw. It is a revolutionary product designed to maximise measurement throughput whilst maintaining high system accuracy for basic entry level measurement systems.

The PH20 system is compatible with either the UCC T5 or UCC MT5 controller. Both systems offer infinite positioning and 5-axis motion but rapid head-touch measurement is only possible with a UCC T5 PH20 system. 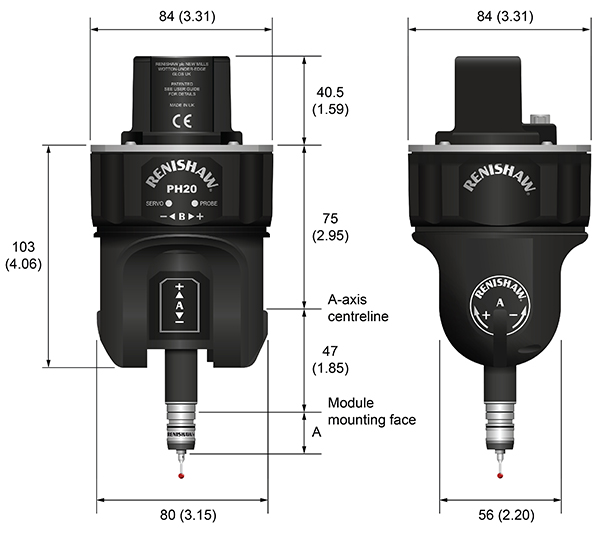 The PH20 head has two rotary axes (A and B) and is normally mounted on the CMM quill to create a 5-axis measuring system. The PH20 B-axis is mounted on the CMM quill and can rotate continuously in both directions. The A-axis, which is orthogonal to the B-axis, has ±115° of travel. The head can only be mounted in the vertical orientation shown below. 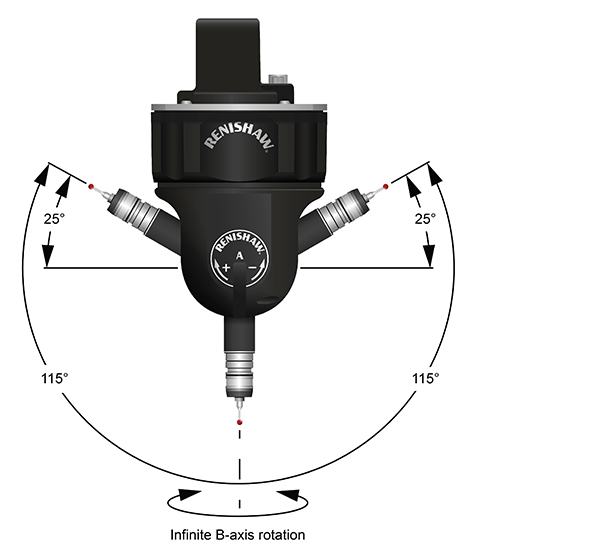 PH20 has an integrated TP20 body that is capable of touch-trigger measurement when used with a suitable stylus module. The probe design utilises the existing range of the TP20 stylus modules, however the TP20 extended force module is not suitable for use on PH20. 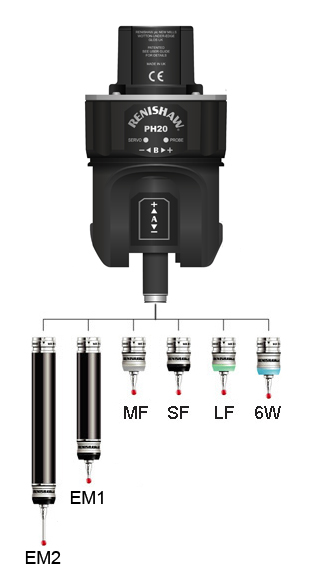 Each probe module, which houses the kinematic switching touch sensor mechanism, carries the stylus assembly and provides overtravel in the X, Y and +Z axes (–Z is offered when using the TP20 6-way probe module). Incorporating an M2 stylus mounting, each probe module is compatible with Renishaw's comprehensive range of M2 styli.

Designed to minimise the possibility of probe module misalignment generating a probe ‘seated' signal, the probe module is held in position by a magnetically retained, highly repeatable kinematic coupling. Electrical contact pins conduct the probe sense voltage through the coupling.

The standard force probe module is suitable for most applications (when used with the recommended stylus range), but sometimes the effects of stylus length and mass, combined with machine acceleration and vibration, can cause the probe to false trigger (these are referred to as ‘false triggers').

To allow the PH20 to be used on co-ordinate measuring machines where acceleration forces or vibration would otherwise result in spurious triggers, a choice of higher force probe modules is available. A low force probe module is also available for measurement of delicate materials. Refer to the applications guide later in this document for information on how to select the correct probe module for your application.

The type of probe modules supplied with your probe will be clearly marked on each probe module's front ring. The probe modules also carry a colour-coded front cap as follows:

NOTE: The extended force module is not suitable for use with the PH20 system.

The following TP20 probe module kits are available from your supplier for use with PH20:

Manually mounting / removing the stylus modules to / from PH20

To fit the probe module and stylus onto the probe body, carry out the following procedure:

To fit a stylus onto the probe module, carry out the following procedure:

NOTE: For advice on both stylus and probe module selection, refer to the applications guide later in this publication. 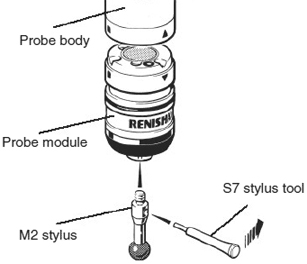 The TCR20 rack, which can be easily mounted onto a CMM, is designed to securely hold stored probe modules for automatic changing. TCR20 protects stored probe modules from airborne contaminants that may be present within the working environment and also features an integrated tip datum artefact. 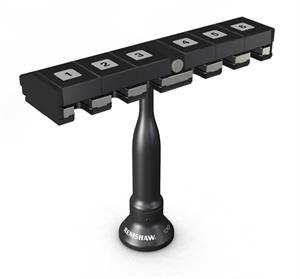