As announced in its interim results released on January 25th 2012, Renishaw has decided to withdraw from the supply of radio frequency (RF) coils for use in MRI scanning research. 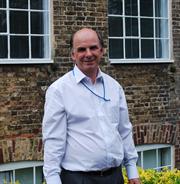 As announced in its interim results released on January 25th 2012, Renishaw has decided to withdraw from the supply of radio frequency (RF) coils for use in MRI scanning research. This followed a comprehensive review of its healthcare business which decided that this product line was no longer core to its business strategy.

Today, Renishaw is pleased to announce that a commercial agreement has been reached with Mr Chris Randell, the former Director of its RF coils business, who has created a new company focused on radio frequency products. The agreement between Renishaw and PulseTeq Ltd, covers both the supply of RF coil products, and the provision of all ongoing warranty and customer support for Renishaw's existing RF coil customers.

All future enquiries for products formerly sold by Renishaw should now be directed to PulseTeq at +44 1276 856849.

The Renishaw Group exports 95% of its high technology products and now employs over 2,700 people in 32 countries, of which around 1,750 are based in the UK. Since September 2009, the company has recovered strongly from the worldwide recession, adding over 850 staff, and for the year ending June 2011 posted record turnover of £289 million, which represented 59% growth over the previous year.