Renishaw, the global engineering technologies company, has been announced as a sponsor of The Big Bang UK Young Scientists and Engineer's Fair as part of its ongoing commitment to develop the next generation of engineers. 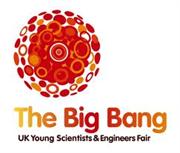 Renishaw, the global engineering technologies company, has been announced as a sponsor of The Big Bang UK Young Scientists and Engineer's Fair as part of its ongoing commitment to develop the next generation of engineers.

The Big Bang Fair, which takes place at ExCeL, London from 14 – 17 March 2013, is the largest celebration of science and engineering for young people in the UK and is designed to inspire young people to make the link between their classroom experiences and a future career. At the fair, visitors will experience a wide range of explosive theatre shows and interactive exhibits, as well as having the opportunity to meet some of the country's leading scientist and engineers.

In sponsoring the Big Bang Fair, Renishaw is continuing its commitment to raising awareness surrounding Engineering as a career. The Company's Education Liaison Executive, Julie Collins, explains, “It is increasingly important that we encourage young people to study subjects that will give them the qualifications that they will require for an interesting and rewarding career in engineering and science. Events like the Big Bang Fair really help to spark the interest of young people and inspire them to keep studying STEM subjects.”

In 2012, the Big Bang Fair hosted 56,000 visitors of all ages, who both enjoyed and learned from their experiences. The organisers report that over 76% of 12 – 14 year olds viewed engineering more positively as a result of their visit. Renishaw is working with education establishments to help promote STEM subjects (Science, Technology, Engineering and Maths) in schools, and engineering as a career, to help combat the nationwide skills shortage of high calibre scientists and engineers.

The Big Bang Fair is delivered by over 170 organisations from the public, private and voluntary sectors, including EngineeringUK, the British Science Associate and the Institute of Physics. Booking is now available online at www.thebigbangfair.co.uk.