Renishaw has been included in a publicly funded consortium lead by GKN Aerospace in a bid to maintain Britain's position as the second largest aerospace industry.

Renishaw has been included in a publicly funded consortium lead by GKN Aerospace in a bid to maintain Britain's position as the second largest aerospace industry.

The multi-million pound research and development project, entitled Horizon (AM), will make up almost a third of a major new investment by the UK Government to boost the aerospace industry.

The project, which will utilise 3D printing to develop the next generation of lighter, greener planes, will last three and a half years, and the consortium also includes Delcam and the Universities of Warwick and Sheffield.

The UK's Aerospace Technology Institute is backing the project, which hopes to improve processes by taking additive manufacturing techniques from research and development, through to viable production processes. It is believed the created components could be as much as 50% lighter than their conventional counterparts with complex geometries that cannot be cost effectively manufactured today.

Announcing the UK Government's funding, Deputy Prime Minister Nick Clegg said, “I want to ensure the UK remains at the cutting edge of aerospace innovation, which is why I am pleased to announce that we are investing £154 million for research to explore new technologies like the 3D printing of plane parts and creating lighter, greener aircraft.”

Rich Oldfield, Technical Director of GKN Aerospace explains: “Additive manufacturing incorporates a range of hugely promising manufacturing technologies that the UK aerospace sector must fully understand and exploit if it is to retain its position as the largest national aerospace industry outside the USA. 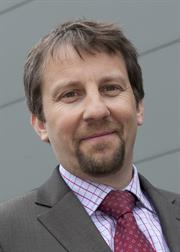 This strong consortium has the expertise and understanding to continue the process of industrialising these technologies for use in both current programme updates and next-generation aircraft.”

Robin Weston, Marketing Manager for Renishaw's Additive Manufacturing Products Division said, “Renishaw has long recognised the potential of additive manufacturing to make a very positive impact on the way things are made. Horizon AM is an exciting opportunity to work closely with the world's leading engineers to ensure that AM will stand up to the rigours and demands of the manufacturing industry.”