Renishaw to promote science and engineering at the Gloucestershire Motor Show

Renishaw, the world leading engineering technologies company, has been announced as a major sponsor of the Gloucestershire Motor Show which takes place at Highnam Court, near Gloucester, on 9th and 10th June. 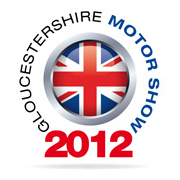 Renishaw, the world leading engineering technologies company, has been announced as a major sponsor of the Gloucestershire Motor Show which takes place at Highnam Court, near Gloucester, on 9th and 10th June. As part of this sponsorship the company has created ‘The Renishaw Science & Engineering Zone', in which several organisations involved in STEM (science, technology, engineering and mathematics) education will provide interactive activities for younger visitors to the show.

The new zone will include activities from Gloucestershire-based STEMworks, the Brunel Institute which is the educational arm of the SS Great Britain Trust, and a Greenpower electric car project team run by recent Renishaw graduates. There will also be a Renishaw stand where children and their parents can see products manufactured by the company, and discuss apprenticeships, work placements and receive general advice about careers in science and engineering. 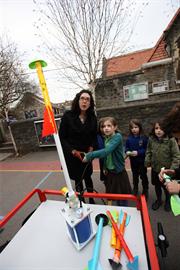 Over the weekend of the show STEMworks will run a competition to see who can design and build the fastest air powered model rocket car. The cars will be launched along a special test track and the fastest cars through a speed trap will head the ‘TOP CAR' leader board, with prizes from Renishaw. Staff from the Brunel Trust will also run an activity aimed at 6 to 12 year-olds from its highly popular ‘Brunel Badge Loan Box' scheme, where children will be challenged to design, make and launch their own paper rockets. The Greenpower Education Trust runs competitions for schools and engineering companies across the UK to design, build and race an electric car at major motor circuits. Graduates from Renishaw will showcase their own electric car design and discuss the scheme with interested visitors.

The Gloucestershire Motor Show hosts thousands of visitors annually, attracted to a variety of exhibits and activities, including classic cars, a wide range of car dealerships, a future zone showcasing new automotive technologies, plus music, family entertainment and free access to the beautiful Highnam Court gardens and parklands.

Renishaw's sponsorship of the event is part of its ongoing commitment to promote science, technology and engineering to the general public, working to change negative perceptions about the sector.

Head of Communications, Chris Pockett, says, “It is simply not true that ‘Britain doesn't make things anymore'. The reality is that whilst as a nation we may no longer make many high volume low technology products, what we do make are technically complex products, exported around the world, that make a real difference to the world in which we live. However, to maintain our leading position we need to encourage more youngsters to undertake rewarding careers in science and engineering.”