The airfoil analysis tool within MODUS can be used to derive key characteristics from cross sectional scan data of an airfoil. Scan data can be generated by a variety of means, namely using the APEXBlade software or MODUS Point Cloud Section (MPCS).

In APEXBlade, it is possible to generate either a single scan or a combination of scans around a section profile, whereas curve section data derived from a point cloud and sweep scans (MPCS), can also be analysed. In the airfoil analysis tool, sections can be constructed as single closed curves, or alternatively, can be used to construct the airfoil section closed curves from multiple coplanar curves, allowing the user to perform detailed analysis.

More specifically, MODUS can process sets of scan data to develop key airfoil characteristics and define the boundaries of an airfoil section. Analysis methods can be applied to a section individually, or multiple methods can be saved as a set in a template and applied to other sections. Details such as nominal values of a method can be edited within a template to ensure that the tolerance values applied to each section are appropriate.

There are various method options that can be applied to each airfoil characteristic, depending on the specific requirement. For example, the chord length can be output using methods such as the blade profile method, the bounding circle method and the LE centre - TE centre method. 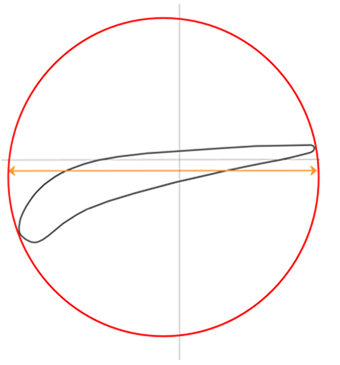 When an airfoil section has been fully processed, a report can be automatically generated using a MODUS Reporter template. The sample airfoil template is a customisable base that allows the user to generate airfoil section reports. 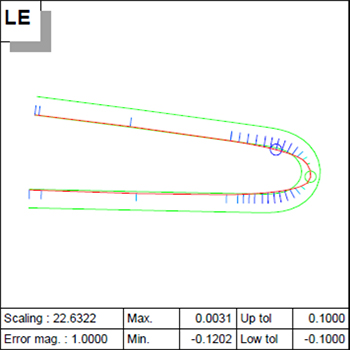 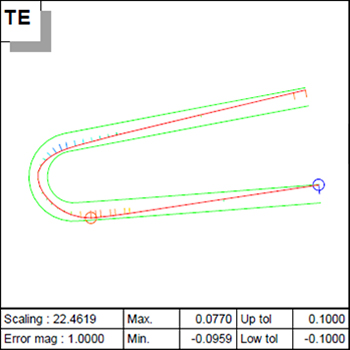