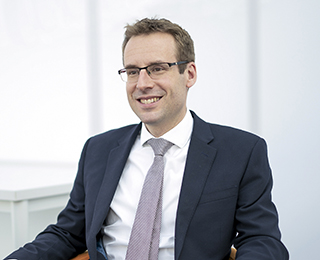 Contribution, skills and experience
Will has an in-depth understanding of the Group's business, products and markets, having held various senior management positions, which have included engineering, operations, and sales and marketing, prior to his appointment as Chief Executive. Will was selected as Chief Executive having demonstrated to the Board the leadership capabilities, breadth of knowledge and relationships to continue to develop the Renishaw business and has a record of performance execution.

Background
Will joined the Renishaw graduate scheme in 1996 and became Director and General Manager for the Laser and Calibration Products Division in 2007. He holds a degree in physics from the University of Oxford and an MBA from the University of Bath. In 2014 he became Director and General Manager of the Machine Tool Products Division. In December 2015, he was appointed to the new role of Director of Group Sales and Marketing and became a member of the Executive Committee.

In February 2018 Will was appointed Chief Executive, taking over from Sir David McMurtry. He is responsible for the product divisions, overseas sales subsidiaries and human resources. 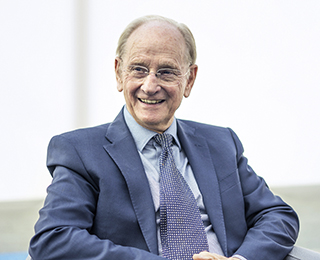 Contribution, skills and experience
As co-founder of Renishaw and now through his responsibilities for Group innovation and product strategy, Sir David continues to be a key contributor to the long-term sustainable success of the Company. His strategic vision, technical and industry knowledge, gained from building the Company from inception with John Deer, mean he is able to provide a significant contribution to all aspects of the business alongside his leadership of the Board.

Background
Sir David was employed by Rolls-Royce plc, Bristol, for 17 years, latterly holding the positions of deputy chief designer and assistant chief of engine design for all Rolls-Royce engines manufactured at Filton, Bristol. After inventing the original probe in the early 1970s, Sir David co-founded Renishaw in 1973 with John Deer.

His CBE was awarded for services to Science and Technology and he was appointed a Royal Designer for Industry (RDI) in 1989. He is a visiting professor at the University of Huddersfield, where he was awarded an honorary doctorate in 2017, and has been awarded an honorary Doctorate of Engineering at the University of Birmingham and honorary degrees of Doctor of Engineering at Heriot-Watt University, the University of Bristol and the University of Bath. He has also been awarded an honorary fellowship at Cardiff University. Sir David is a Chartered Engineer, a Fellow of the Institution of Mechanical Engineers, a Fellow of the American Society of Manufacturing Engineers, a Fellow of the Royal Academy of Engineering, and in 2011 became a Fellow of The Royal Society. The Institute of Physics jointly awarded its 2012 Swan Medal to Sir David and John Deer for their roles in founding Renishaw and leading it to become one of the world's principal manufacturers of metrology equipment. In 2019 he was honoured by the Manufacturing Technologies Association for his outstanding contribution to British engineering. In addition to his role as Executive Chairman, Sir David also has responsibility for Group technology. 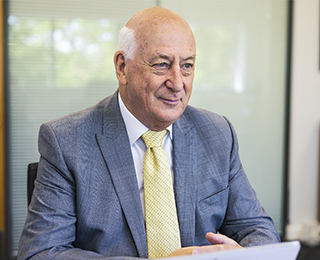 Contribution, skills and experience
Allen has a deep understanding of the Group's business, products, relationships and the sectors in which it operates. Having led the finance function for many years, the Board values in particular his management of the financial risks, reporting and planning for a Group that has seen significant growth, as well as his contribution to strategy and business development. Allen has a strong record of operational excellence.

Background
Allen qualified as a Chartered Accountant in 1972 and is a Fellow of the Institute of Chartered Accountants in England and Wales. Before joining Renishaw in 1979, he was employed for 11 years by Peat, Marwick, Mitchell & Co. Allen heads Group Finance, Business Systems and Wotton Travel Ltd. He is also responsible for the metrology regulatory and quality assurance functions and corporate social responsibility. 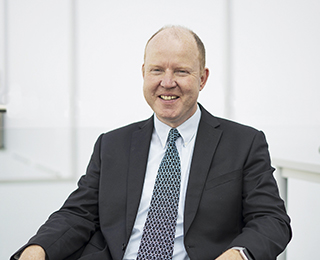 Background
Geoff holds a degree in computer-aided mechanical engineering. After working in the medical device and electronic manufacturing sectors, Geoff joined Renishaw's research facility in Edinburgh in 1994, before moving to the headquarters in 1999 to become Director and General Manager of the CMM Products Division. He heads the Group engineering function and is also responsible for Group IP, patents and R&D. He is a visiting professor at the University of Bath, an honorary professor at Heriot-Watt University and a member of the Institute of Physics. In 2017, Geoff was elected to the Royal Academy of Engineering. 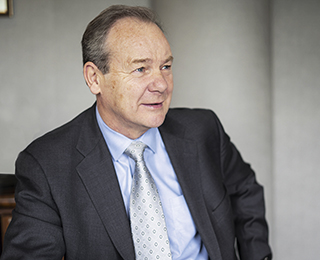 Leo was appointed as a member of the Executive Committee in 2004. 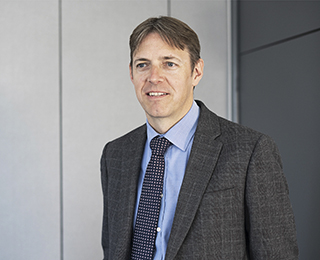 Dave joined Renishaw in 1989 through Renishaw's sponsored student scheme. He
holds a degree from the University of Oxford in Engineering and Management Science. He has worked in various functions of the business including a one-year secondment at Renishaw's German subsidiary, before being appointed Director and General Manager for the CMM Products Division in 2002. In 2014 Dave was given Board responsibility for the Styli and Fixturing Products Division. As part of a Group-wide reorganisation, he was appointed Director of Industrial Metrology in December 2018.

Dave was appointed to the Executive Committee in 2008. 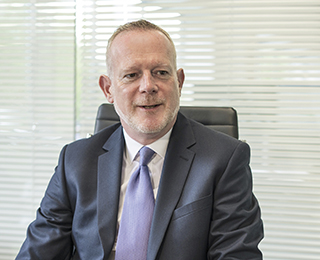 Gareth joined Renishaw in August 1988 as an apprentice, and was appointed to
the role of Director, Group Manufacturing Services Division in 2006. He was educated at Cardiff University where he studied Manufacturing Systems and Manufacturing Management. Gareth undertook various roles in engineering, production and operations management prior to being appointed to his current position. His responsibilities include manufacturing operations, procurement and
facilities management within the UK. Gareth was appointed Director of Renishaw (Ireland) DAC in 2011. In 2013 he was appointed as an Honorary Visiting Professor at Cardiff University School of Engineering, and was awarded The Institute of Engineering and Technology's Viscount Nuffield Silver Medal for manufacturing in 2017.

Gareth was appointed to the Executive Committee in February 2018. 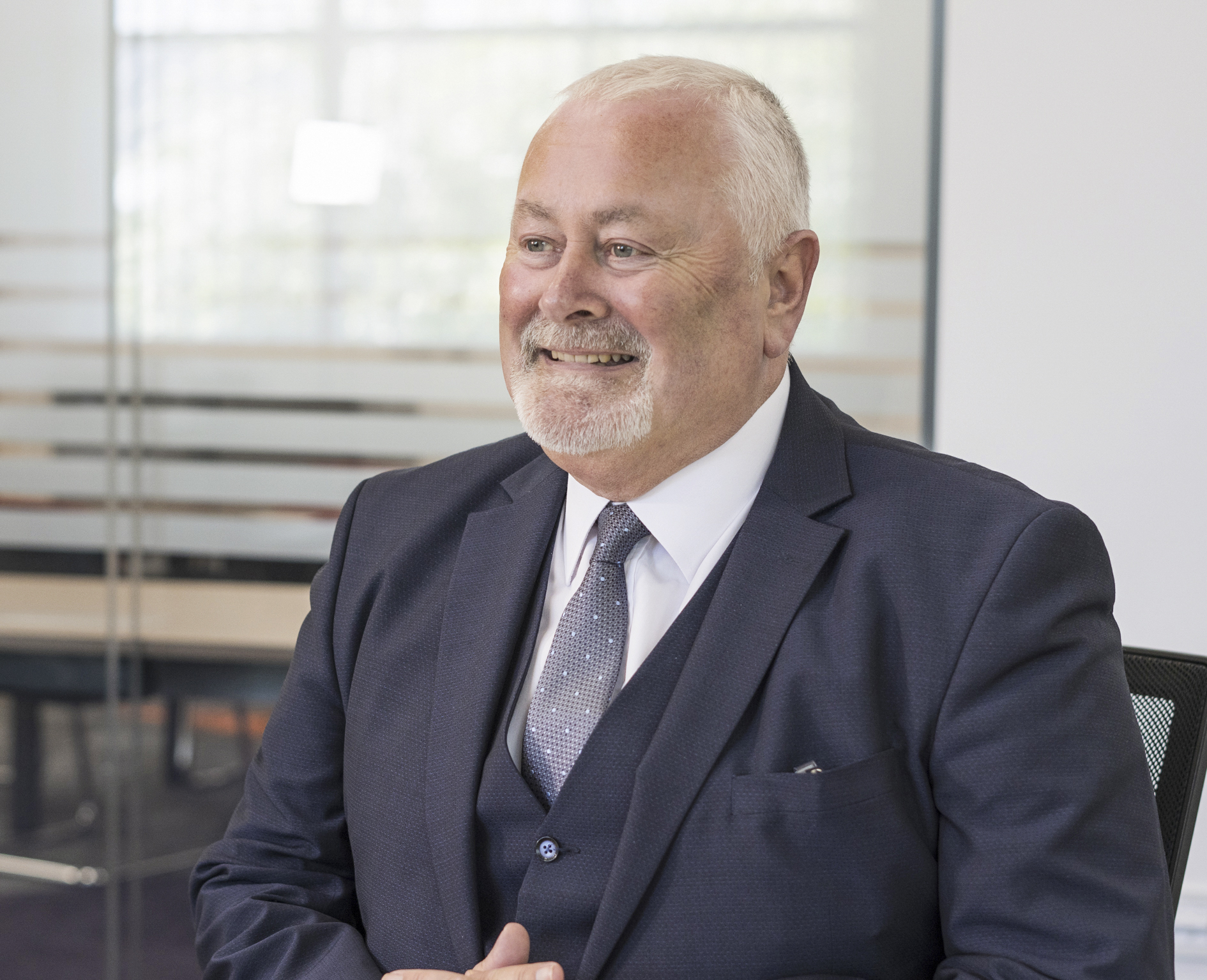 Mark joined Renishaw in 1988 at its manufacturing plant in Dublin, Ireland. Prior
to this he attended Dublin City Universityand worked in a production and inventory
planning management role in a large-scalemultinational company, both in Ireland and the US, where he also developed bespoke MRP/ERP systems for manufacturing. His primary responsibilities over the last 30 years have been to increase our manufacturing capabilities and resources in Ireland, which manufactures a large number of Renishaw's products, and to establish, direct and expand our manufacturing facilities in Pune, India, as well as oversee the manufacture of our neuromate robot in France. Mark is the Director and General Manager of Renishaw (Ireland) DAC and a Director of Renishaw Metrology Systems Ltd in Pune, India.

Mark was appointed to the Executive Committee in February 2018.