How do interferometric systems work?

How does interferometry work?

The most common tool in interferometry, the Michelson Interferometer was invented by Albert Abraham Michelson in 1887, the first American to win a Nobel Prize for science. He came up with a system of mirrors and semi-transparent mirrors (beamsplitters) for merging separated beams of light, which are coming from the same source. Laser interferometry is a well-established method for measuring distances with great accuracy. 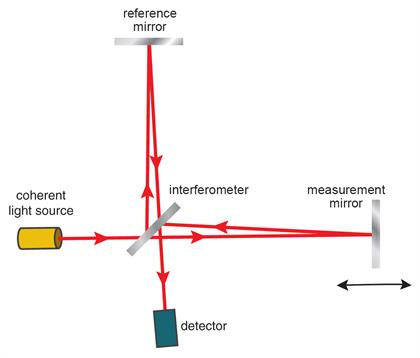 Typically a single incoming beam of coherent light source will be split into two identical beams by a Michelson interferometer. Each of these beams travels a different route, called a path, and they are recombined before arriving at a detector. The difference in the distance travelled by each beam creates a phase difference between them. It is this introduced phase difference that creates the interference pattern between the initially identical waves, which is identified on the detector. If a single beam has been split along two paths (measurement and reference), then the phase difference is diagnostic of anything that changes the phase along these paths. This could be a physical change in the path length itself or a change in the refractive index through which the beam travels.

The use of retroreflectors ensures that the beams coming from the reference and measurement arms are parallel when they recombine with each other at the interferometer. The recombined beam reaches the detector where they interfere with each other either constructively or destructively. During the constructive interference the two beams are in phase and the peaks of both beams reinforce each other resulting in a bright fringe, whereas during the destructive interference the beams are out of phase and the peaks of one beam are cancelled by the troughs of the second beam resulting in a dark fringe.

The optical signal processing in the detector allows the interference of these two beams to be observed. The displacement of the measurement beam causes change in the relative phase of the two beams. This cycle of the destructive and constructive interference causes the intensity of the recombined light to undergo cyclic variation. One cycle of variation in intensity from light to dark to light occurs every time the measurement beam/retroreflector (3) is moved by half the laser wavelength.

Accuracy of the system

The RLE system is a unique, advanced homodyne laser interferometer system specifically designed for position feedback applications. Each RLE system consists of an RLU laser unit and one or two RLD10 detector heads, the model of which is dependent upon the requirements of the specific application.

How does the RLE work?

How does the RLU work?

Laser output from the RLU to the RLD

Processing the signal back to the RLD

How does the RLD work?

Laser output from the RLD to the measurement optics 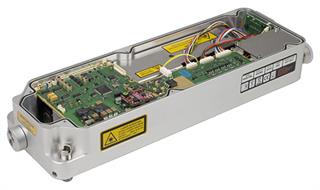 The HS20 laser head can be incorporated into the position control loop of any motion-control system that can be configured to accept digital or analogue quadrature format encoder signals. The laser head can be fitted as a direct replacement for linear encoder systems both in OEM and retrofit applications.

Laser interferometers are often assumed to automatically provide the ultimate in measurement accuracy. However, in reality the situation is more complex. When measuring linear displacements in air with a laser, the performance of the environmental compensation system is particularly important. The laser and interferometric measurement optics provide very high levels of linear resolution and precision, but for ‘in-air' applications it is the environmental compensation unit that is primarily responsible for the systems measurement accuracy.

The displacement is represented in terms of a specified wavelength. Therefore, an accurate and repeatable measurement relies on the constancy of the wavelength. When the laser beam travels through the air, the wavelength varies depending on the refractive index.

On the other hand, the measurement from the encoder doesn't take into account the expansion of the work piece or the machine structure due to temperature variation.
To compensate the above error source and ensure the delivery of the highest accuracy for ‘in air' applications, a compensation system is necessary.

The RCU10 monitors a machine's ambient environment via a series of sensors and uses advanced digital signal processing to perform real time compensation on the position feedback signals. The unit provides the corrected feedback signals to the motion controller in either analogue or digital encoder formats. 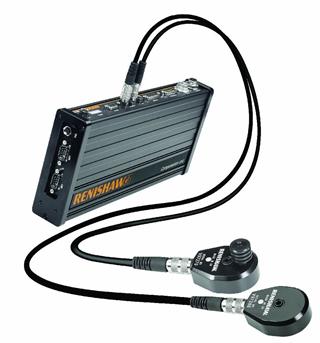 How does the RCU10 work?

The diagram below demonstrates the workflow of RCU10. 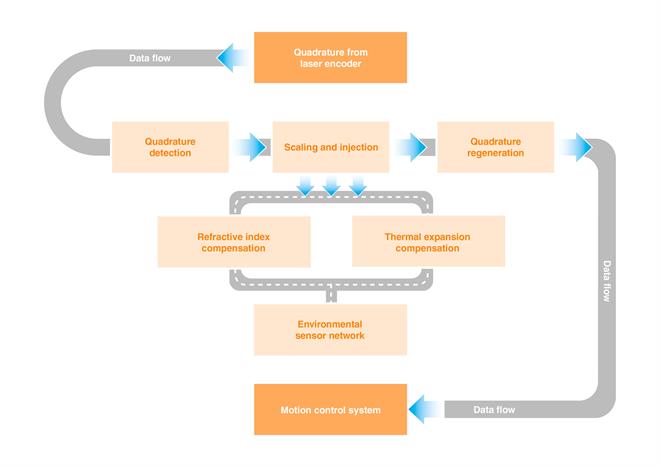 The RCU10 compensation unit accepts digital quadrature, along with the environmental data collected by a series of sensors, and calculates the total amount of compensation necessary to correct the axis position. The required compensation is then applied through quadrature scaling and injection (addition or removal of quadrature pulses) into the encoder feedback signal, the total process being completed with minimal latency to the motion controller. The corrected feedback signals are provided to the motion controller in either a digital or analogue encoder formats.

Why use a laser encoder?