Marsi Bionics S.L. is a leading technology start-up based in Madrid, Spain. It designs and builds custom exoskeletons for medical applications with the aim of potentially replacing the wheelchair in everyday life for some patients.

Millions of people suffer from debilitating neurophysical conditions such as paraplegia, cerebral palsy and spinal muscular atrophy (SMA). Neurological rehabilitation with passive aids such as canes, crutches and walkers is vital in the treatment of mobility issues caused by these conditions. Recent advances in robotics have allowed treatment with powered (active) robot exoskeletons that support the patient's body and enable greatly improved outcomes.

The exoskeletons, created by Marsi Bionics, give physically disabled people the freedom to stand, move and interact with their environment. 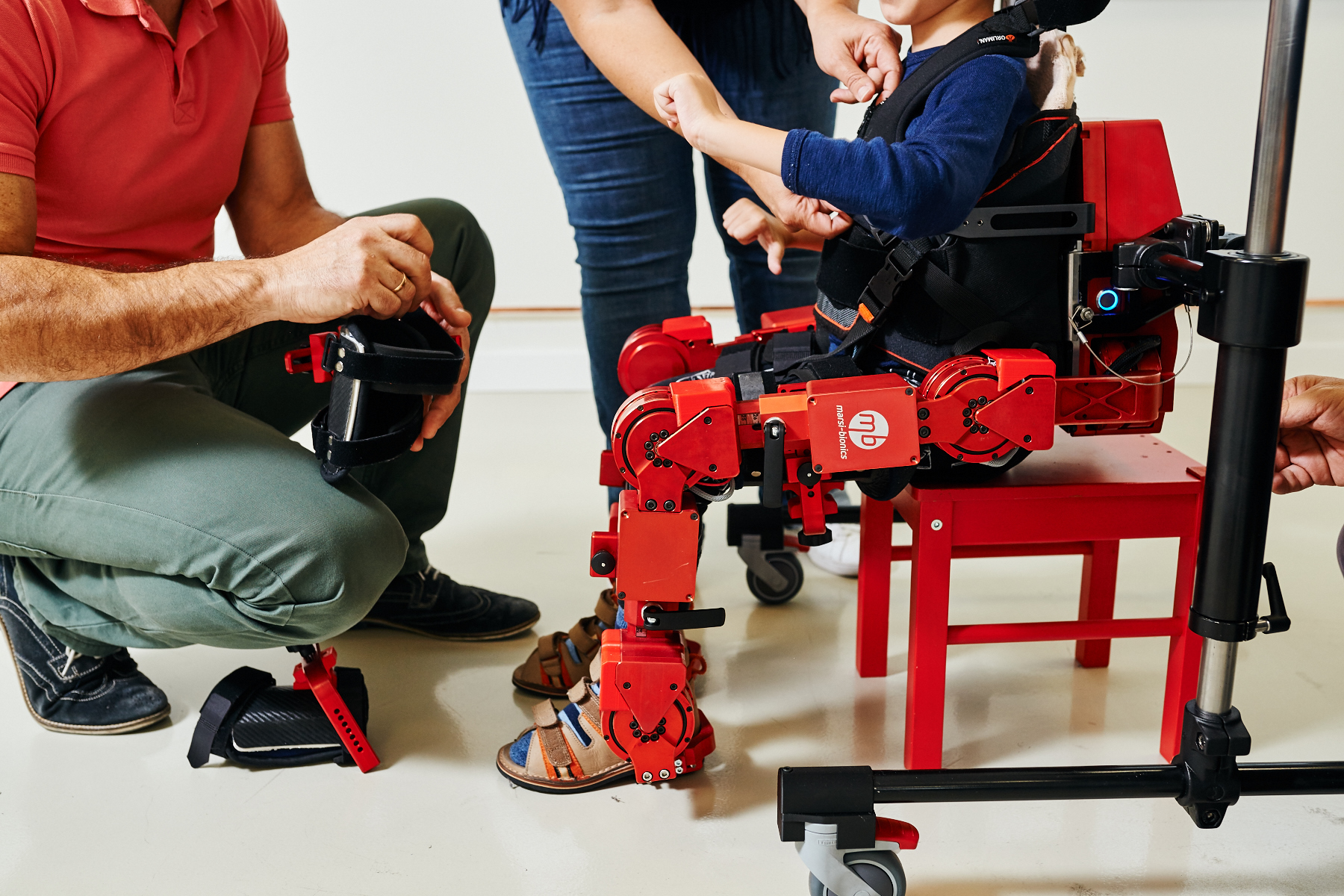 RLS, a Renishaw associate company, has been chosen by Marsi Bionics to supply the latest in magnetic encoder technology for the creation of two new products: the ATLAS 2030 exoskeleton for children and the MB-Active Knee (MAK) single-joint exoskeleton for adults.

Data collected from the encoders is fundamental for generating the position references. RLS and Renishaw provided us with the best encoder feedback solutions for our applications.

The ATLAS 2030 exoskeleton has up to six degrees of freedom per limb. This device enables the user to perform both unaided and self-actuated actions such as walking and sitting. Full exoskeletons consist of motorised joints, limbs, electronic control and power systems.

The designer must find a compromise between a lightweight and compact structure that facilitates easy handling by the user, who might be physically weakened, and a robotic system that implements a physiologically complete biomechanical model.

For stable walking, equilibrium control of the exoskeleton-user assembly is achieved by tracking its zero-moment point (ZMP) references, which are based on the desired Normalized Dynamic Stability Margin (NDSM). The exoskeleton's controller can subsequently adapt reference walking gait patterns, stored in memory, to maintain stability.

Successful dynamic walking requires precise control of the legs' joint angles in terms of position, velocity and acceleration via rotary encoder feedback. This is difficult to achieve as each mechanical joint is compliant and includes elastic elements to help mimic and support the real joints and muscles of the human user.

“The most difficult challenge when developing exoskeletons is the reliability of obtaining accurate angular position references, as they change from one structure to another, complicating standardisation and assembly of the devices.
Previously, we had used our own custom-made PCB encoders that were fully linked to the kinematic structures of the MAK and ATLAS exoskeletons. But problems regularly occurred because the joint motors generate stray magnetic fields that can interfere with magnetic encoders and cause faulty readings. 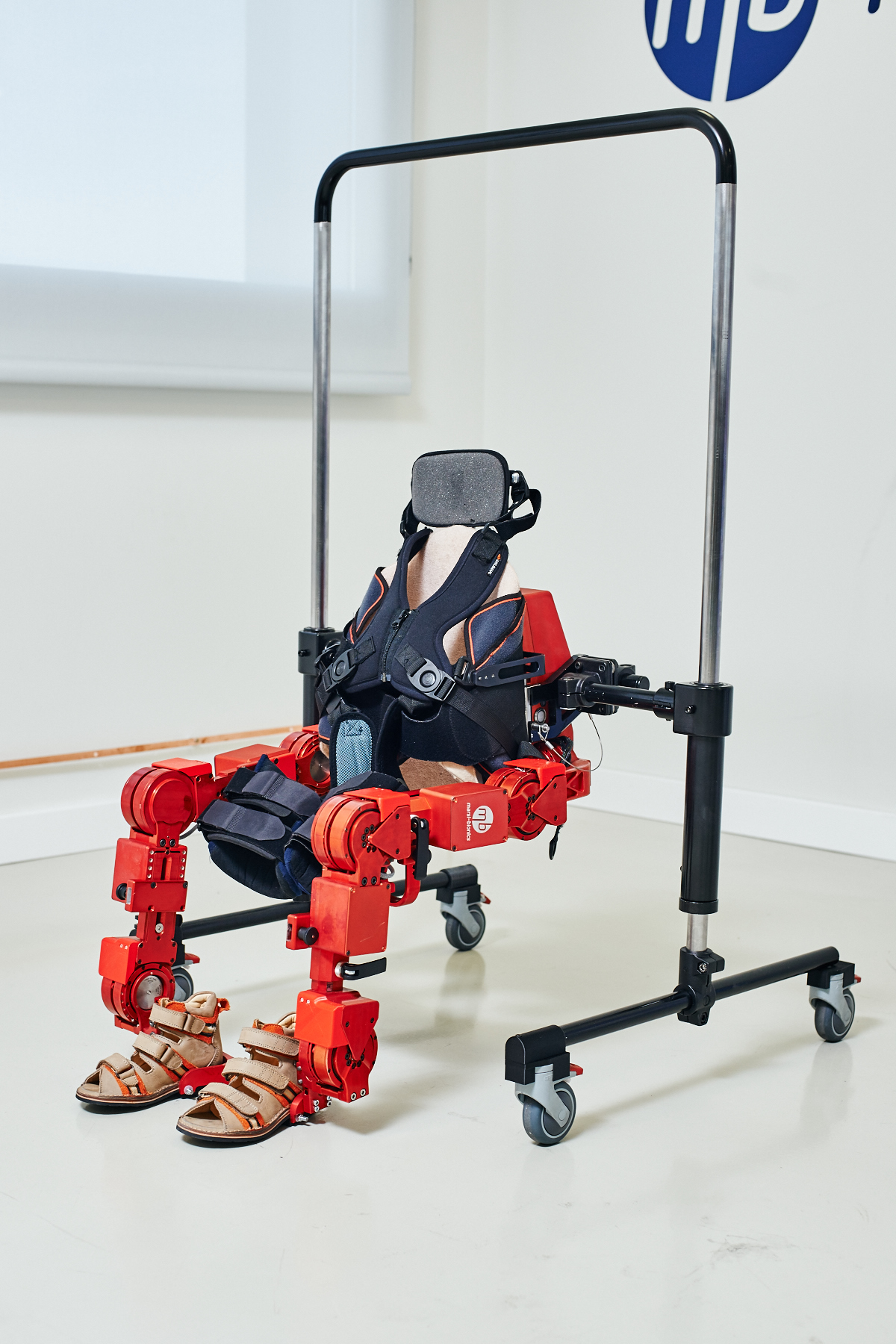 When designing the ATLAS and MAK devices, we decided that the components that make up the joints, such as the encoder, should be as compact as possible without compromising performance as there are significant space constraints. Another aspect to bear in mind is functionality: we need absolute rotary encoders to ensure that the angular position of each axis is always reliably known, even after a power failure.”

Marsi Bionics selected the RLS Orbis encoder for its ATLAS exoskeleton and the RLS RM08 encoder for its MAK knee-joint exoskeleton. The Orbis encoder is a component-level absolute rotary encoder designed for space constrained applications: it has a through-hole design, which enables direct mounting on the joint motor shaft. The RM08 encoder is a miniature high-speed rotary magnetic encoder: it has an 8 mm diameter and is IP68-rated for use in harsh environments.

Both encoders feature low weight and volume to minimise inertias, a non-contact and frictionless design to eliminate mechanical wear, and high angular resolution and accuracy to ensure excellent servo performance.

“We needed encoders that met our performance criteria without adding excess weight and volume, as any excess in the structure could be detrimental to the user's mobility and might hamper the walking movement”, says Mr Plaza.

RLS magnetic encoders have enabled Marsi Bionics to design and build exoskeleton orthopaedic devices that could improve the quality of life for people suffering from diseases such as SMA, multiple sclerosis and hemiplegia caused by stroke. Active exoskeletons will particularly impact the lives of young children, aged six and above, who are unable to move around by themselves.

“It is of the utmost importance to achieve a stable movement and an exact position of each joint of the device. For that matter, the data collected from the encoders is fundamental for generating the position references. RLS and Renishaw provided us with the best encoder feedback solutions for our applications”, concludes Mr Plaza. 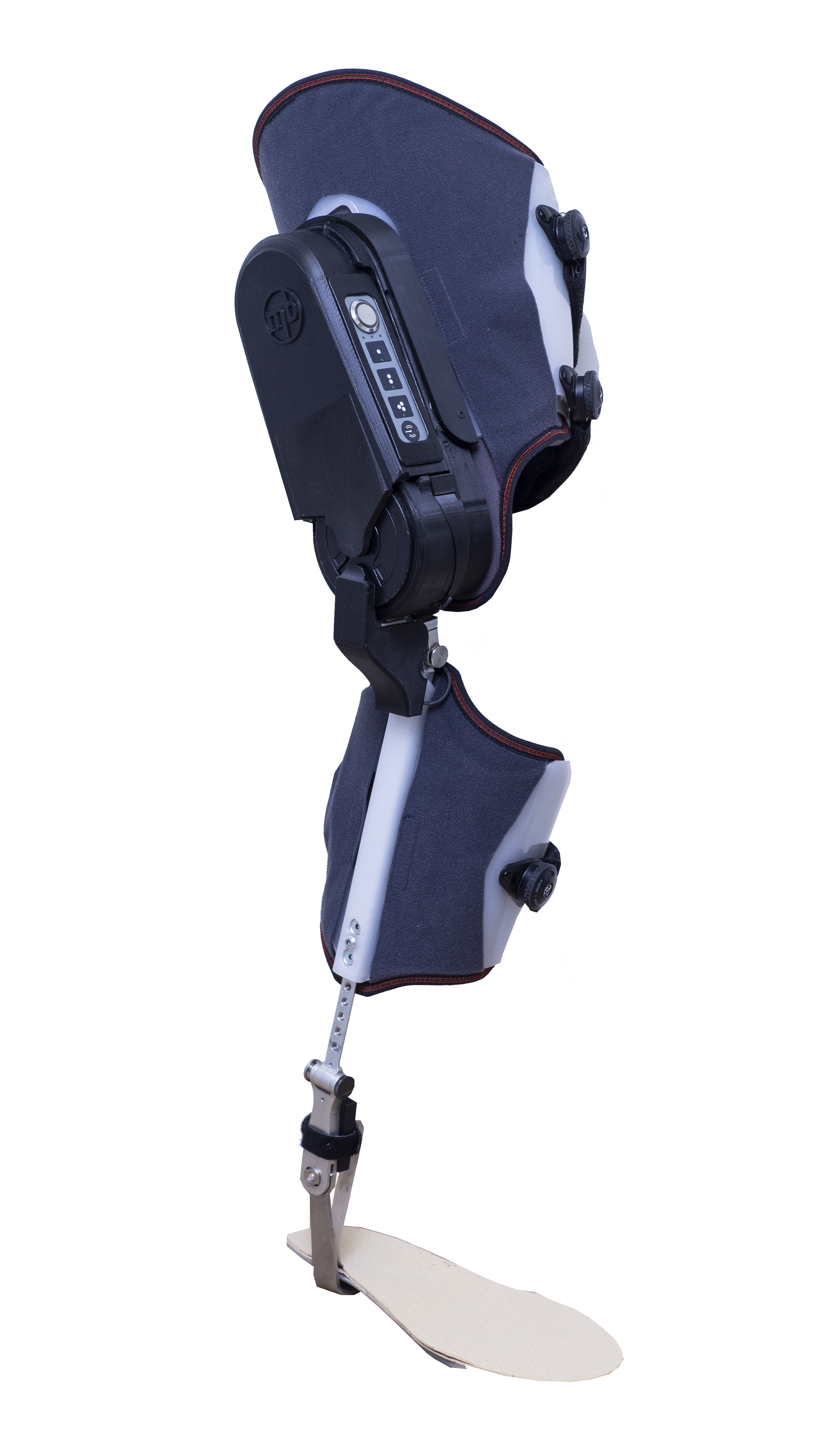 Marsi Bionics specialises in medical robotics and is based in Madrid, Spain. Founded in 2013, the company is a spinoff of the Spanish National Research Council (CSIC).

Marsi Bionics' mission is to implement walking therapies through the design and development of powered exoskeletons capable of imitating the structural and functional aspects of the neuromuscular skeletal system in people.

Marsi Bionics is recognised as an SME of high social impact in the development of innovative therapies for the medical sector. In conjunction with its manufacturing partner Escribano Mechanical and Engineering, Marsi Bionics was able to participate in clinical trials of the ATLAS 2020 exoskeleton at the Hospital Sant Joan de Déu, Barcelona. It is the first Spanish hospital to incorporate this technology in the rehabilitation therapies of children with SMA.