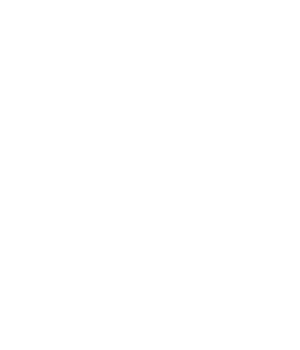 What is ATOM DX?

The ATOM DX encoder series is Renishaw's smallest incremental optical encoder  with digital output direct from the readhead. It provides positional feedback, onboard interpolation and filtering optics all in a miniature package.

Detailed diagnostic information can be accessed by using the optional Advanced Diagnostic Tool ADTi‑100 and ADT View software for in‑field diagnostics, fault finding and to aid optimisation of encoder set-up in even the most demanding applications.

The ATOM DX encoder also offers resolutions down to 2.5 nm with a wide range of configurations.

ATOM DX is supplied in cabled and top exit variants with either 20 µm or 40 µm scale options.

RCLC is a glass spar scale which can be supplied in lengths to 130 mm featuring either 20 µm or 40 µm pitch incremental graduations. RCLC offers a total accuracy of ±3 µm and includes two reference marks: one at the scale mid-point and one at the end-of-travel. Selection is made by the orientation of the readhead relative to the scale.

Why choose this encoder system?

ATOM DX, available in sizes as small as 20.5 mm x 12.7 mm x 7.85 mm, allows for integration in the tightest of spaces. There are a number of options to choose from, including both cabled and top exit versions.

The Advanced Diagnostic Tool acquires comprehensive real-time data from ATOM DX encoder readheads. The information is displayed via the user-friendly ADT View software interface. Whilst in most cases the integral set-up LED on the encoder is sufficient for setting up the system, the ADT can be used to aid more challenging installations. The ADT can also report on encoder performance and assist system fault finding to avoid lengthy machine downtime. 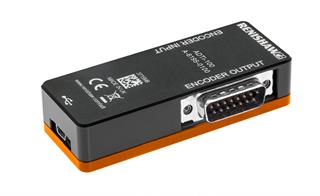 The ATOM DX encoder system is compatible with the Advanced Diagnostic Tool ADTi-100 and ADT View software. They provide comprehensive real-time encoder data feedback to aid more challenging installations and diagnostics. The intuitive software interface can be used for:

Build an encoder system and configure a part number to order

Contact us for a quoteFind your nearest Renishaw office

The ATOM DX encoder employs the market proven filtering optics used in Renishaw incremental encoders such as TONiC and VIONiC. ATOM DX readheads feature a non-collimated LED light source located centrally between the incremental and reference mark sensors: this high divergence LED produces a low profile height with a footprint at the scale that is much larger than the LED, enabling illumination of incremental and reference mark regions. The incoherent LED produces a signal of high harmonic purity allowing high resolution interpolation. Efficient photometry also produces an output signal with low jitter. A significant benefit of this filtering optics scheme is that ATOM DX does not generate measurement errors due to scale undulation or contamination.

The combination of filtering optics and carefully-selected electronics generates incremental position feedback signals with wide bandwidth achieving a maximum speed of 12 m/s with the lowest positional jitter (noise) of any encoder in its class. Digital signal interpolation is generated within the readhead, with fine resolution versions being further augmented by additional noise-reducing electronics to achieve jitter of just 1.6 nm RMS. 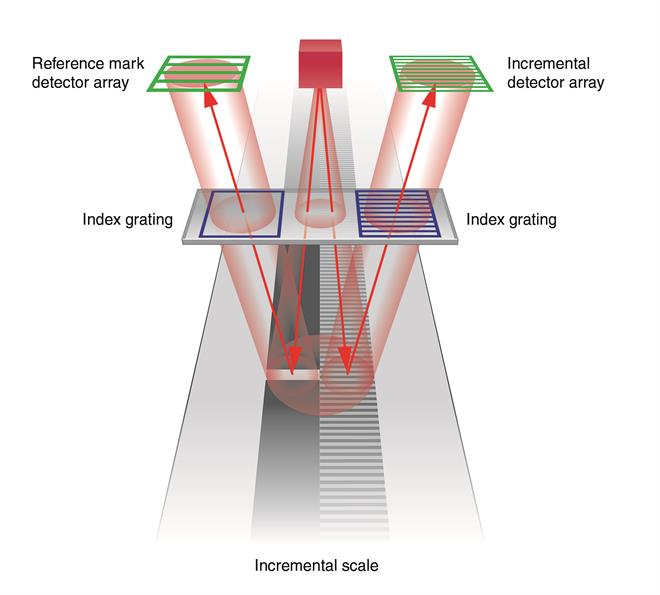