Global engineering company Renishaw worked with Egan Dental Laboratory to fully digitise the design and manufacture of Removable Partial Dentures (RPDs), also known as chromes. The move to digital techniques halved the time required to manually make a chrome framework and resulted in the production of stronger, more accurate, yet thinner RPDs.

Egan Dental Laboratory is a family run business based in Yorkshire, United Kingdom. Established in 2002, its team of five collectively has over 75 years of experience in the dental industry, supplying dentists with chrome frameworks, from a one-tooth denture to implant-supported prostheses.

“Egan Dental Laboratory is a small group of talented technicians producing high-end prostheses,” explained Gill Egan, Managing Director of Egan Dental Laboratory. “The company has remained as a small business, working with clinicians on an individual basis to provide the best possible service.”

Aware of the trend in crown and bridge dentistry towards a fully digital workflow, Egan Dental Laboratory felt it was time for chrome frameworks to join the digital revolution. The laboratory turned to Renishaw to develop a robust additive manufacturing process for RPDs.

We worked with Renishaw to develop an additive manufacturing process where every RPD produced is superb, explained Egan. We are now at a stage where every chrome framework is a perfect fit first time. 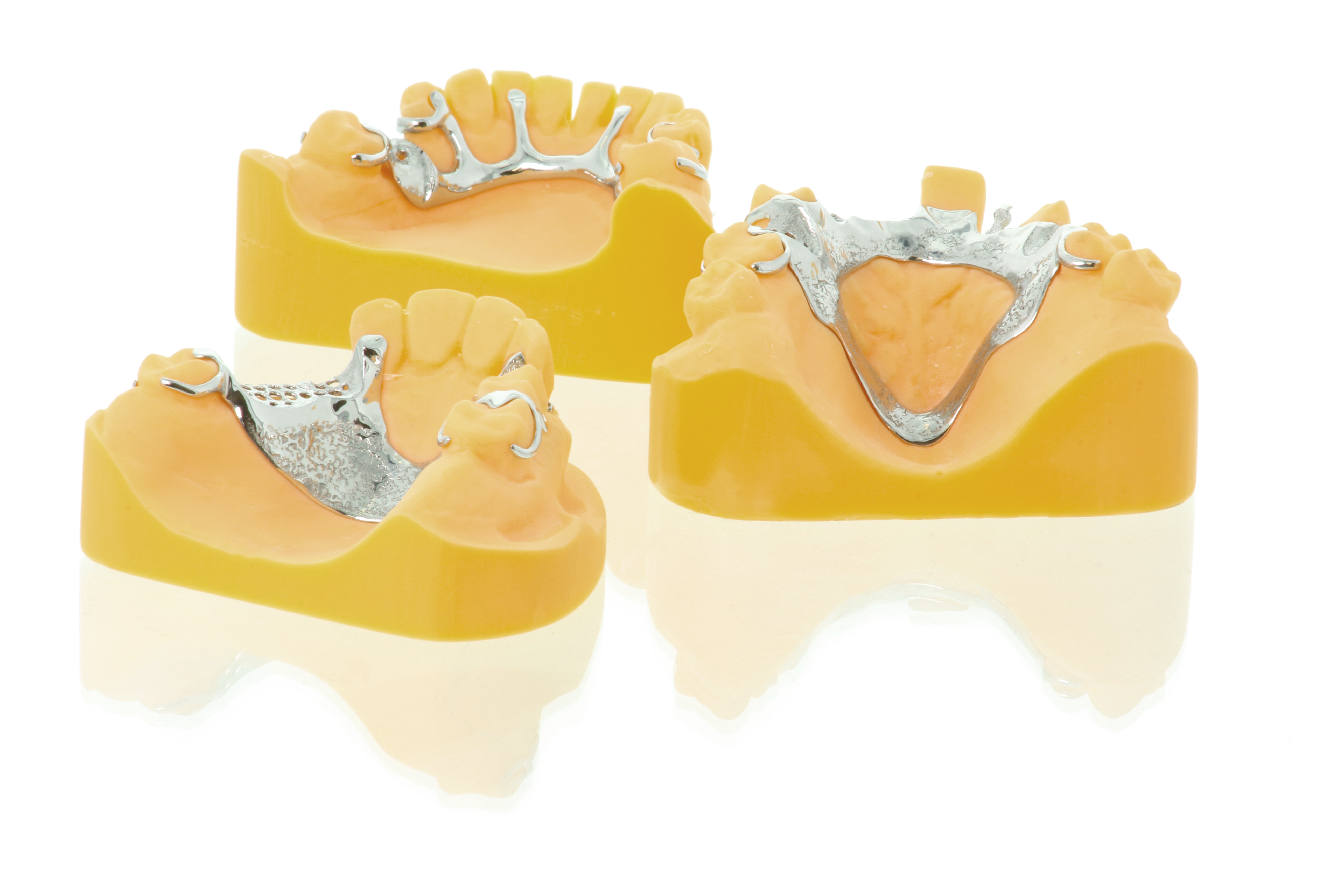 The laboratory was using traditional methods to manufacture and design its frameworks by using processes such as the lost wax technique. This manual process took the technicians two hours to complete each cast chrome framework. A wax pattern is created of the prosthesis, sprued, invested and turned into a mould. The metal is then cast, desprued, finished and polished to produce the chrome.

Lost wax casting is prone to error. One reason for this is that, when casting metal by hand, the cobalt chrome material shrinks on cooling. The technician must make models based on this principle, using expansion liquid so that when the metal shrinks during casting, the resulting RPD still fits. Another problem with casting by hand is that the denture is constrained by manufacturing limitations, making it difficult to achieve a thin cross section. Attempting to do so often results in the deformation of the prosthesis.

Errors can also be introduced if the molten metal doesn't enter the mould cleanly, causing frames to be incomplete. There is also a risk of porosity if the molten metal is overheated, which in turn can also cause the introduction of excessive carbon, which can lead to structural weaknesses. 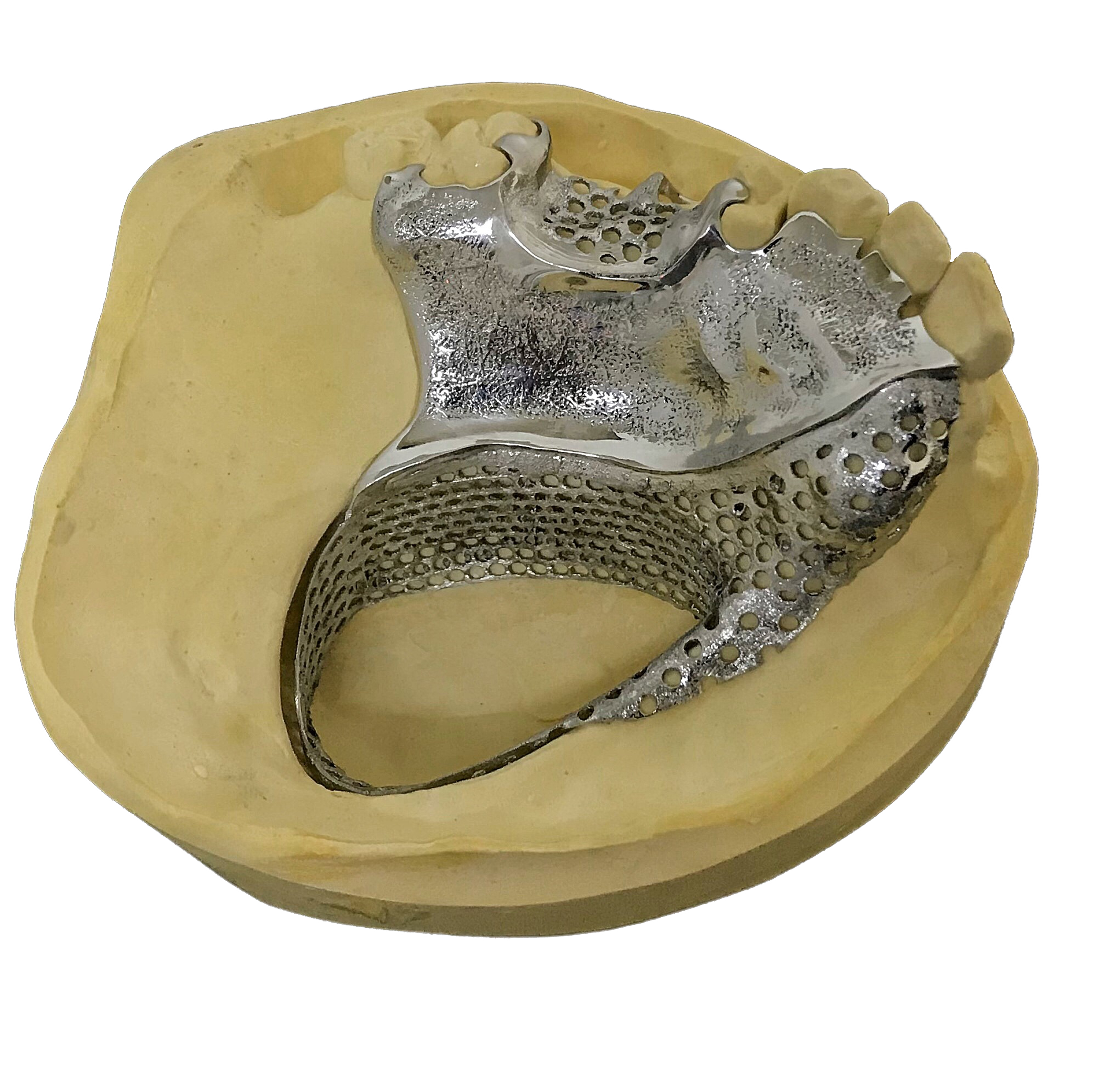 To develop a consistent internal work-flow for the additive manufacturing of RPDs, Egan Dental Laboratory partnered with global engineering company Renishaw. For around a year, the two companies worked together to develop a process suitable for every possible RPD. During the process, the laboratory transferred designs to Renishaw, who then produced the dentures and adapted AM system build parameters based on feedback.

The new, digital process begins when a technician draws on the master model by hand and uses a scanner (such as 3Shape, DOF, Medit) to begin the computer-aided design (CAD). At the push of a button, the design is sent for manufacture.

The new process takes just 40 minutes of manual work, less than half the time of the casting process. The dramatic reduction in labour required means we could double the laboratory's productivity, as well as providing a cleaner, safer environment for our staff.

“The new process takes just 40 minutes of manual work; less than half the time of the casting process,” added Egan. “The dramatic reduction in labour required, means we could double the laboratory's productivity, as well as providing a cleaner, safer environment for our staff. I have also been able to use the additional time to develop new products, give lectures and share my experiences of digital dentistry with the rest of the industry. Another benefit for the laboratory is that with additive manufacturing there is no risk of carbon or miscasting and a reduced risk of porosity.

“As well as the immense saving in time, the laboratory is now able to produce RPDs that are lighter, stronger and more flexible than hand-cast dentures,” continued Egan. “This is better for the patient, as they have a lighter, more comfortable fit. We've also had dentists report that they are experiencing less fracturing of the clasp and that when their patients come back for check-ups, the RPDs have held their shape and the clasp does not require tightening.” 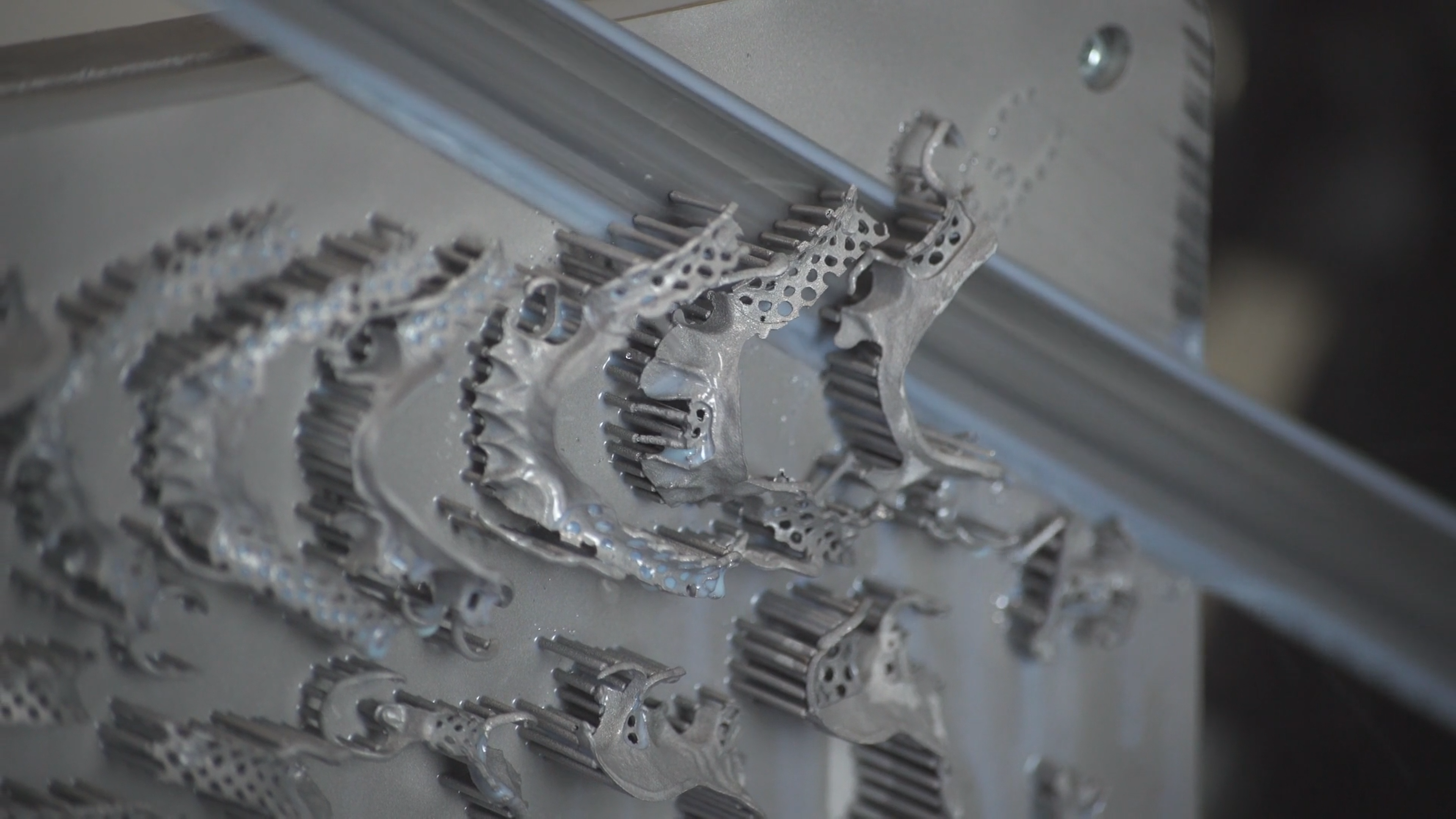 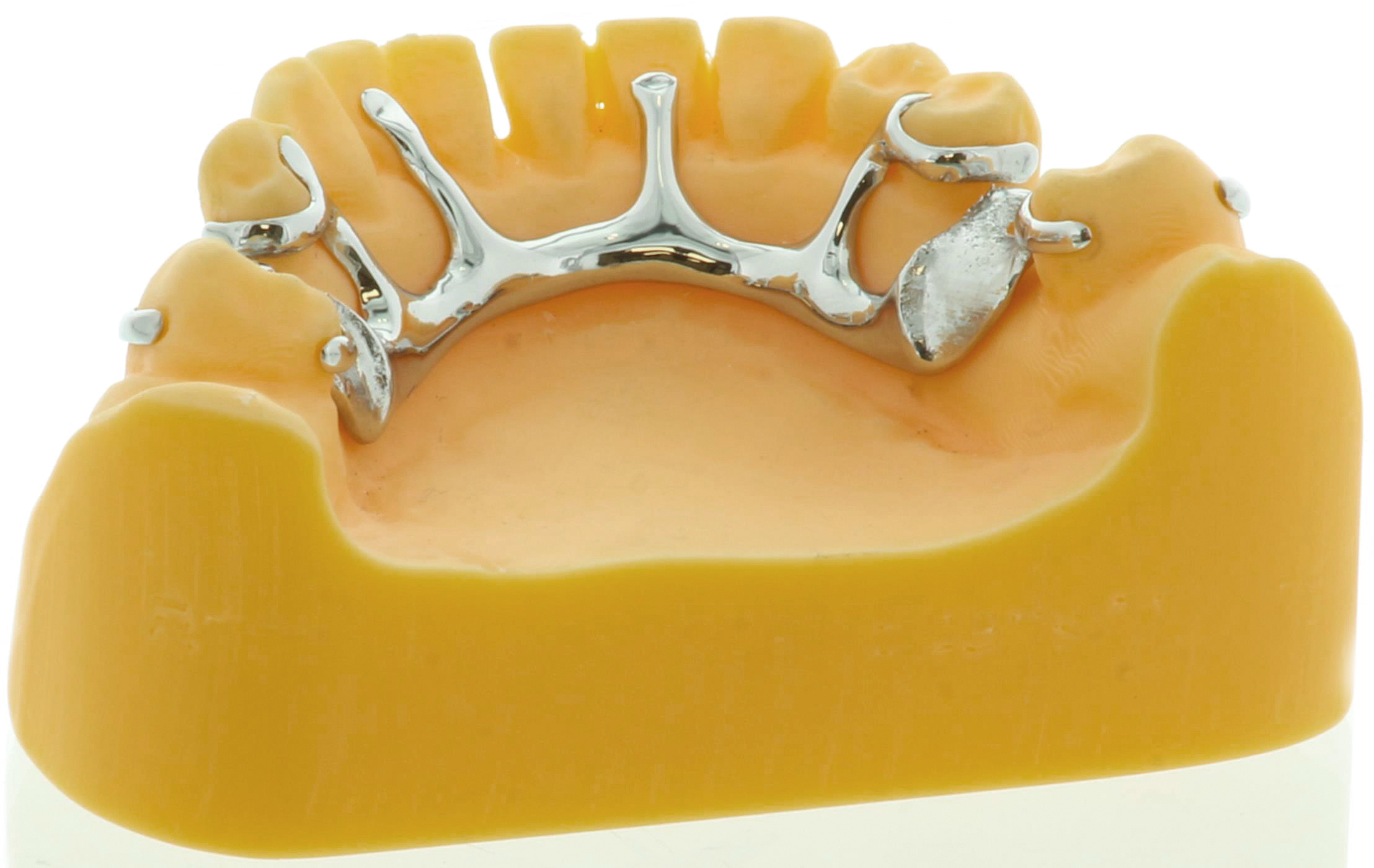 “Around 95 per cent of metal partial dentures are cast,” added Chris Dimery, Sales Manager, Medical Dental Products Division, Renishaw plc. “This traditional process results in thick, bulky chrome frameworks that are not ideal for the dentist or the patient. Because of this, the industry is searching for alternatives. Additive manufacturing enables metal RPDs to be smaller and more discrete. Additively manufactured chrome frameworks are exactly what the market needs: better for the surgeon, patient and dental laboratory.”

“Working with Renishaw has been amazing. We have developed a process and a product that brings RPDs into the digital revolution and I urge the rest of the dental industry to grab digital technology with both hands. As an industry we must move forward — additive manufacturing provides the ideal platform for us to achieve this,” concluded Egan.

Contact us Medical and healthcare applicationsYour guide to additive manufacturing