Following insertion of the battery and datuming of the head, the MIH is now ready to be used in simple mode. All data shown in the A and B-axis positions on the LCD will be 'live'.

Position the head to A0.0, B0.0 and lock in position. Qualify the probe tip on your CMM in the normal manner. The stored tip number should be noted, together with the corresponding A and B-axis positions on the MIH. 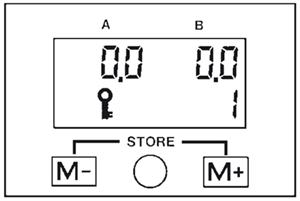 Unlock the head and rotate the A and B-axes until the required position is reached - in this example.

If overtravel in either axis occurs, the ‘O-t' symbol will appear in the axis data on the LCD. Rotate the head to a valid position.

CAUTION: Do not attempt to lock the head in an overtravel position.

Lock the head in a valid position, A105.0, B-180.0. Qualify the probe tip on your CMM in the normal manner. The stored tip number should be noted, together with the corresponding A and B-axis positions on the MIH.

The MIH can now be used in either of the two pre-qualified positions (A0.0, B0.0 or A105.0, B-180.0) without the need to re-qualify the probe tip after each move. Simply unlock the head, move to the required position and lock up. The previously stored tip data for that head position can be recalled from the CMM computer software ready to take points. 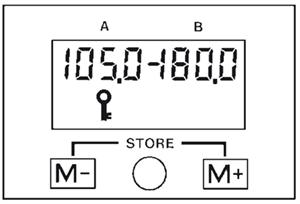 The head can be used in this way in up to 720 repeatable positions. The number of positions which are to be used will be dictated by the workpiece requiring inspection, but in some cases may be restricted by the number of storage positions for tip data available on your CMM software. Please consult your CMM supplier for further details.

Attempting to move the head axes whilst locked will cause damage and may result in movement of the axis position detectors in severe cases. Should this occur, the MIH software will signal an axis error message and will ask for a datum reset when unlocked. See step 2 of the 'Datum mode' page for details of this routine. 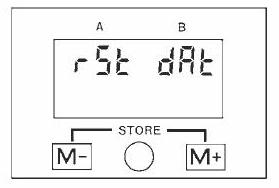 If the head is in a locked position which has previously been stored within the head's programmable memory function, the memory number corresponding to that position will show on the LCD screen upon lock-up. For further details on its use see the 'Memory mode' page.